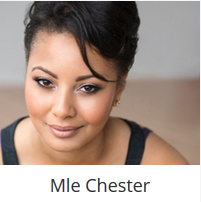 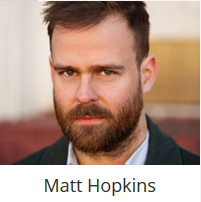 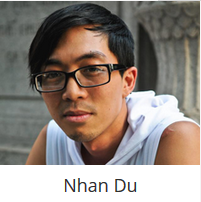 Nhan Du started doing stand-up in Orlando, FL because he thought it looked fun. Since then he has traveled across the States performing in various clubs and festivals including the South Beach Comedy Festival, the Great American Comedy Festival, the World Series of Comedy and Comedy Central's Up Next. He currently lives in Brooklyn and spends his days either skateboarding, doing parkour or listening to headphones, which have become his most recent obsession. His headphone reviews have amassed a small following on YouTube in a way his stand-up videos have not. To make rent, Nhan works as a silent actor in the TV and film industry.

Lisa LaMattina is a film, television and theater actress based in New York City. She is currently appearing in the comedic web series Patience, which she co-wrote and produced. Lisa recently finished an 8 month run of the critically acclaimed immersive theater production Accomplice NY. Over the past year Lisa appeared in the CW’s Getting It Done, Investigation Discovery’s Most Evil, Travel Channel’s Mysteries from the Museum, and Animal Planet’s Monsters Inside Me. Past performance credits include Barbara Spinelli in Lou Gehrig Did Not Die of Cancer directed by Padraic Lillis and the experimental movement piece, Meditations, directed by Julia Crockett at Cave Leimay, Brooklyn. Lisa's prior film credits include Lionsgate's The Big Wedding. Lisa is a graduate of The Maggie Flanigan Studio and Labyrinth Theater Company's Master Class. She also studied Chekhov Technique with Lenard Petit and improvisation at The Peoples Improv Theater where she frequently performs. Lisa is the founder of Silvermedia which has been producing commercial and editorial work for over a decade for clients such as Annie Leibovitz, Richard Avedon, Estee Lauder and Apple. Lisa acknowledges the expectation of a witty, personal anecdote to appear at the end of this bio, but her love/hate relationship with narcissism prevents her from doing so.