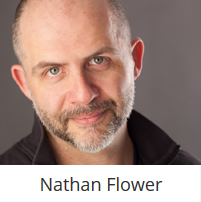 Nathan teaches movement and physical technique. He has taught at the Professional Actor Training Program at Rutgers University, Mason Gross School of the Arts; Actors Movement Studio (NYC); Marymount School (NYC); Columbia University; New York University, Tisch School of the Arts; Maggie Flanigan Studio (NYC); and across the country with the Aquila Theater Company. He is currently on undergraduate faculty at Tisch's Department of Drama, where he teaches acting and movement, and also directs for the Meisner Studio and for the Open Arts Studio. He has coached actors privately for many years. The content of his own training comes from collaboration with such influences as June Kemp, Loyd Williamson, Lenard Petit, Sir Henry Marshall, and Vincent O'Neil. His decade-long association with Mr. Williamson has proved invaluable both as a teacher and as an actor--Mr. Williamson's influence occupies the great majority of Nathan’s teaching. He has worked as an actor Off-Broadway, regionally, and internationally, most recently touring with the Aquila Theatre Co. in Greece and Germany. In the spring of 2009, Nathan was seen at the Lucille Lortel Theater with Aquila's production of Iliad: Book One. Nathan holds an MFA in Acting from Rutgers University. Nathan lives with his family in Ossining, NY.